Since moving to San Diego in 2013, I still get a big kick out of some local things here. Yet, all in all it was the best thing we did.

Here are some to tips to know when you relocated to San Diego.

2. Seasons Don’t Exist Here
You might say you’re the kind of person who “prefers having all four seasons.” Most of the people who live in San Diego said that before, too. And then they came here and never left. I got to admit we moved here in December and I was able to enjoy my birthday on the beach. 3. Yes, Most San Diegans Aren’t From Here
You can rest assured that you won’t be the only transplant here. In fact, you’ll have a much harder time finding someone who was actually born in San Diego. The city is a melting pot and everyone who comes here just seems to fall in love.

4. Everyone Around You Will Lose Their Minds Over Rain

It doesn’t rain very much in San Diego, but when it does, there’s nowhere you can go that everyone isn’t talking about it. For some, it sparks conversations on the whole drought situation which can get pretty fiery fast. And the others act like they’ll melt the second a drop falls from the sky. Yes, rain is a big deal here.

5. About That California Drought 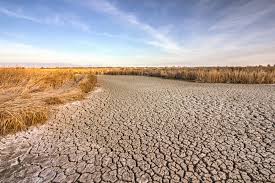 Water usage in San Diego is actually very real and very serious. Water is also very expensive in San Diego. So, respect the rules of water usage and bring as much mindfulness to the table as possible, unless you live in Rancho Santa Fe…  Otherwise, not only are you contributing to the problem, but you will most likely be drought shamed. And yes, “drought shaming” is a thing.

6. There’s A Reason Why June Rhymes With Gloom
Weather in San Diego

Most people assume that just because the weather rarely changes and rain is something people either pray for or fear, that San Diego must have 365 days of sunshine. But that’s not exactly true. May and June are notorious for their gray skies, nicknamed May Grey and June Gloom.

7. San Diego Might Just Make You A Beach Bum
Beaches in San Diego And there’s absolutely nothing wrong with that. It’s basically why this is a city full of people who visited once and never left. Heck I always called myself a Beach Bum. Now I can see it almost daily. 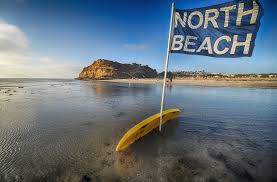 8. But You Can’t Live Here On A Beach Bum Budget
High Cost of Living in San Diego

Living in San Diego doesn’t come cheap. The cost of living here is more expensive than the national average, across the board. From groceries to rent, paradise doesn’t come cheap. Note: the closer you are to the 5 Fwy and the beach, prices are higher.

9. Living Near Mexico in San Diego

Living so close to the Mexican border means you’re not only going to be visiting Mexico more (don’t worry, Tijuana isn’t as scary as it sounds), but you’re also living among a pretty diverse culture full of Mexican influence.

10. And That’s Why Tacos Are Life in San Diego 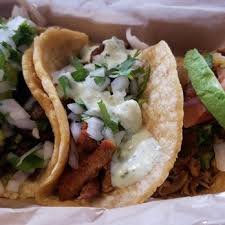 Breakfast, lunch, and dinner, tacos are the only food that truly matters out here. And really, who can argue? 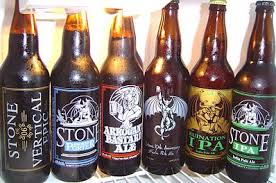 You’ve probably seen a ton of pictures from the best costumed visitors of Comic Con and maybe read a handful of articles but really, Comic Con is much bigger than just an event. It takes over the entire city for the week leading up to and after it. Taking care of your skin is crucial here. Unless you’re a fan of age spots, premature wrinkles, and the occasional skin biopsy, of course. Moisturizing is your friend and SPF is your life preserver.

San Diego is super pet-friendly, especially when it comes to dogs. They’re everywhere–running down the beaches, walking down the sidewalks, and even hanging out on some pet-friendly restaurant patios.

15. Surfing  or Boogie Boarding in San Diego
You can do whatever you want here. 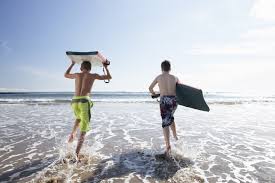 16. Speaking Of Surfing, Respect The Flags on the Beaches

Unless you’re looking to get 1.) slammed in the face with a surfboard and 2.) make enemies with the local surfers really fast, then pay attention to the flags and signs when you’re going in the ocean. They’re there for a reason.

17. Pay Attention To The Parking Signs
Otherwise, you’ll end up with a stack of parking tickets before you’ve even changed your plates over.

18.Driving is  Kind Of Necessary in San Diego
The trolley isn’t great. You can bike if you really want to. But a car is still the best way to get around if you need to get outside of your immediate area, unfortunately.

19. The Seals Got First Dibs At La Jolla
Not you. Sorry.

20. Welcome To Paradise – I mean San Diego
You might as well just write the expense of that round trip ticket off as a loss now. Once you’re in San Diego, chances are you’re here to stay.

Are you ready to make San Diego your home? Then let’s chat. Call /email Nancy Bergman today 858-617-9449/ nbergman1@live.com. She’ll assist you with all your relocation needs.